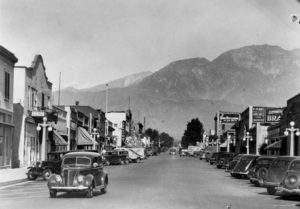 Robert S. Ferguson, Jr. came in to this world Oct 9 1941, the first-born son of an enlisted Navy man and his bride, Yvonne. His parents’ families had arrived in California, separately in the 1930’s and settled in the Pomona/Ontario area. He grew up there too, as the post-war boom of Southern California expanded around him.

Bob joined the Air Force when he was 19 years old and was honorably discharged from service on the day JFK was assassinated. These were difficult times to re-enter society.

In 1965 he was blessed with the arrival of his daughter, Esther and in 1968 his son, Andrew was born. Bob and his wife Brook (mother of his children) established their home in the San Fernando valley. Despite their efforts to raise their family through these troubling times, Bob did not have the skills to manage it well. He roughed and stumbled his way until he reached 38 years old.

With his home and life in shambles, with no where else to go Bob was given a chance to salvage his life. In desperation he seized upon this moment “with all the fervor with which the drowning seize life preservers…”

He realized as he worked the the 12 steps of Alcoholics Anonymous that the damage and chaos done did not only fall on him but on the people he cared most about. He endeavored to set things right, as best he could. He accepted with a heavy heart that not everything could be restored, repaired or renewed. 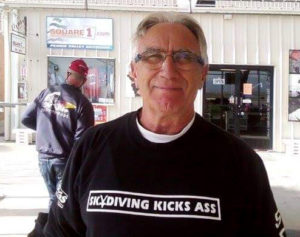 He did not stop there – he embraced his new gift of life and lived loud & full. Bob met his wife Nancy in AA, and she tragically passed away in 1994. Shortly after, Bob and I began our 25 year journey together. We thought being married for 11 of those years was a good idea. We came to understand that rather than building one life together, it would be better to live two lives that we shared. We loved and trusted each other – always. His two greatest loves were AA & skydiving and he knew without the one he would not have the other.

He truly “practiced the principles in all of his affairs”. Bob understood the idea that in time we become mentors to the new and in AA, as well as at the drop zone, his participation reflected the sense of responsibility he felt to help others. He made newbies feel welcome, offered encouragement and occasionally incentive for people to “keep coming back”.

He did “Bob” all the way! I am a better person for having shared my life with him. I’m sure anyone who loved him feels the same way.

He was a magnificent dancer.